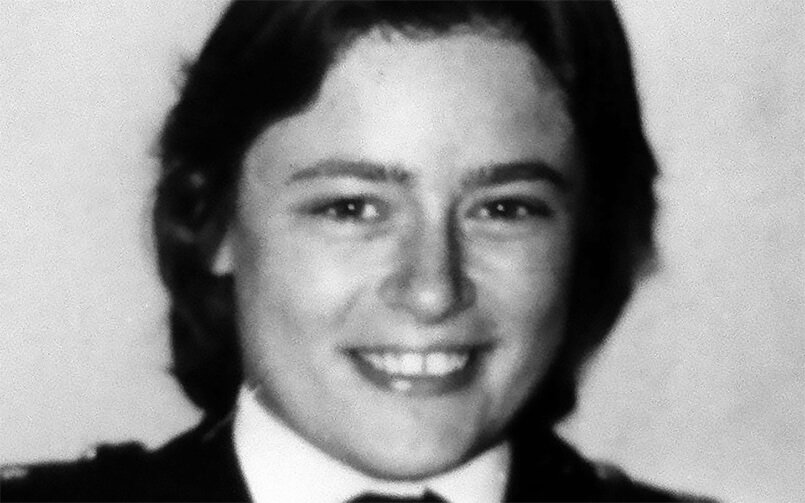 The Government must now put Britain first, unshackle itself from its secret toxic history with Libya, and make amends.

The British Government has had every opportunity to bring WPc Yvonne Fletcher’s killers to justice. It should have arrested and charged them in 1984.

Instead, for fear of riling Gaddafi further, it assigned them a diplomatic immunity that didn’t exist and put them on the next plane home.

In the years that followed, the UK had many chances to leverage Libya for their extradition. Instead, Margaret Thatcher’s government shied away from doing so.

Among other things, it claimed to fear that Gaddafi would demand the rendition of exiled Libyan dissidents in return. A claim belied when Tony Blair’s government went on to do exactly that 20 years later. (But not in the interests of justice. Instead, as was his MO, Blair preferred to trade them for valuable commercial contracts.)

In 2012, David Cameron’s government granted Saleh Ibrahim Mabrouk asylum in the knowledge that he was a chief suspect. In 2017, following his arrest by the Metropolitan Police, Theresa May’s government-protected him from prosecution by withholding evidence from the CPS.

Mr Mabrouk’s lawyer has since boasted that his client is immune from prosecution. According to Mr Mabrouk, the Blair government issued him with a ‘letter of assurance’ that he was not wanted for Fletcher’s murder. The Hyde Park bomber, John Downey, walked free from his trial at the Old Bailey after he produced a similar letter.

In 2019, only weeks after John Murray filed his case against Mr Mabrouk in the High Court, Ms May’s government excluded Mr Mabrouk from the UK. A cynic might query the timing.

It begs the question: Why have successive British governments gone to such lengths to protect this man?

Last year at Prime Minister’s Questions, Allan Dorans MP, a retired Met officer, asked Boris Johnson whether he would renew the criminal enquiry into Yvonne’s murder. In response, the Prime Minister gave a commitment to review his predecessor’s decision to withhold evidence from the CPS.

The outcome of that ‘review’ is more than disappointing. It consists of a letter from a junior minister informing Mr Dorans that the CPS has not “received any new evidence since 2017”.

This does not address the matter. Instead, this shameless ‘ignoratio elenchi’ side steps it entirely. In doing so, it shows that the Government remains unfathomably committed to shielding Yvonne’s murder, and her murderers, from scrutiny.

While the Government’s conduct has been outrageous, the Police Federation has been baffling. Its previous chairmen pledged to Mr Murray that the body would fund his campaign for justice for Yvonne, come what may.

Instead, in November the Federation told him it would not be backing his civil case. Its bizarre claim is that Mr Murray’s campaign does not benefit him and is of limited interest and significance to its membership.

Setting aside that Mr Murray has never sought any benefit from his colleague’s murder, news of its disinterest comes as a surprise to the many retired and serving officers who have supported John and his campaign over the years.

In 2009, then chairman of the Federation Paul McKeever wrote to the then-Prime Minister Gordon Brown saying: “Yvonne’s untimely and tragic murder whilst serving this country needs proper resolution for her family, friends and past colleagues.

“Police officers throughout this country need to know that the dangers they face are understood by the government of the day and, if tragedy strikes, that political leaders will do everything in their power to ensure that justice is served.”

Whether for the government or the Federation, Mr McKeever’s words should be a touchstone.

For years, the fact that Yvonne’s killers have never been brought to justice has pained the British public. The Government must now put Britain first, unshackle itself from its secret toxic history with Libya and set about to make amends.

For years, Yvonne, John and the rest of its membership paid their dues to an organisation, and their country, they thought would defend and support them when they needed it most. Both the Government and the Federation still have the opportunity to live up to their commitments.

There is still time.