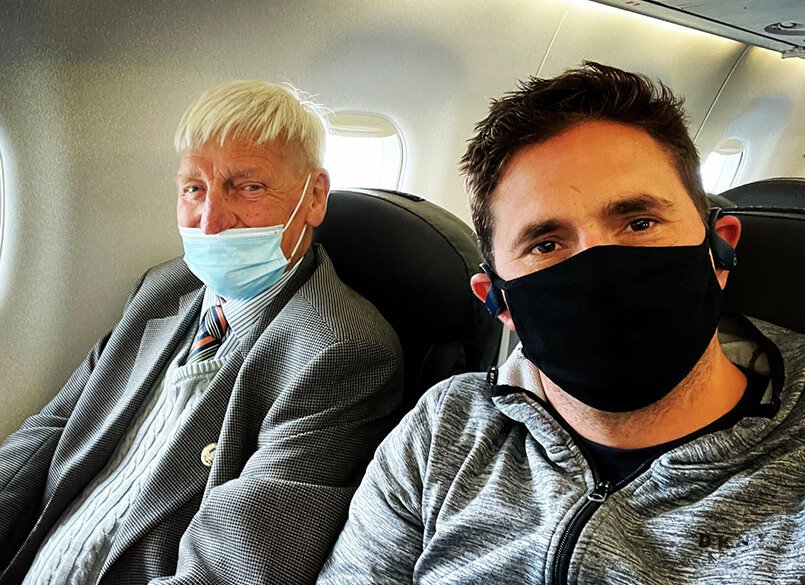 A former soldier is due to go on trial today for the killing of a man in Co Tyrone during the Troubles.

Dennis Hutchings, who is in his early 80s, is accused of the attempted murder of John-Pat Cunningham, who was shot in the back by the Army in a field on the outskirts of Benburb, Co Tyrone, in June 1974.

Mr Cunningham was previously described in court as a vulnerable and unarmed man who had a fear of people in uniform.

The Tory MP Johnny Mercer has travelled to Belfast to support Mr Hutchings. On Saturday, he tweeted: “Heading to Belfast tomorrow with Dennis—he is dying, and would have been travelling alone. I’ve realised whatever prime ministers and Cabinet ministers say for the crowds, no one really gives a shit. Read his experiences, and you’ll understand why.”

Yesterday he tweeted an image of them flying together to Northern Ireland, with the message: ‘Off to Belfast. Let’s get this done. The tweet attracted thousands of likes (notifications of approval).

Meanwhile, lawyers for Mr Hutchings, of Cawsand, Torpoint in Cornwall, say that he has taken a case that military veterans have been subject to discriminatory treatment in breach of the Human Rights Act to the European Court of Human Rights in Strasbourg.

The former member of the Life Guards regiment’s legal team, in a statement, said that in August this year the Court of Appeal ‘rejected Dennis’ case, which was brought to force the UK government to keep its electoral promise to introduce legal protections for veterans from ongoing vexatious prosecutions in Northern Ireland.”

The statement continued: “The question the Court of Appeal had been asked to decide was whether UK government had actually made such a promise, and were therefore obliged to keep it, or were its words merely a broad and general statement of political intent.”

The statement added that Mr Hutchings has “no option but to take his case to Strasbourg.”

Terrorists are treated better than British Army veterans in Northern Ireland. For years, the former has litigated for their human rights in Strasbourg. It is only right that we should now be fighting for those of our veterans. They deserve better.

Mr Hutchings said: “It’s too late for me but it’s not too late for the government to do the right thing for all those veterans who served to maintain peace in Northern Ireland and who continue to live in fear of a knock on the door.”

“But if the government won’t act or listen to the veterans and the British people, then I hope Strasbourg will.”